This is the way my mother makes baked fish. At some point, my father, who grew up in the Mediterranean cities of  Yafa and Gaza, Palestine, told my mother that they used to bake fish with onions and coriander stuffed inside. So my mother started with that base and added more and more vegetables, spices, herbs, nuts, and so on, until it became this delicious mix that you can stuff inside a whole fish (which is what we usually do) or use as a topping on fish fillets, which I did here. 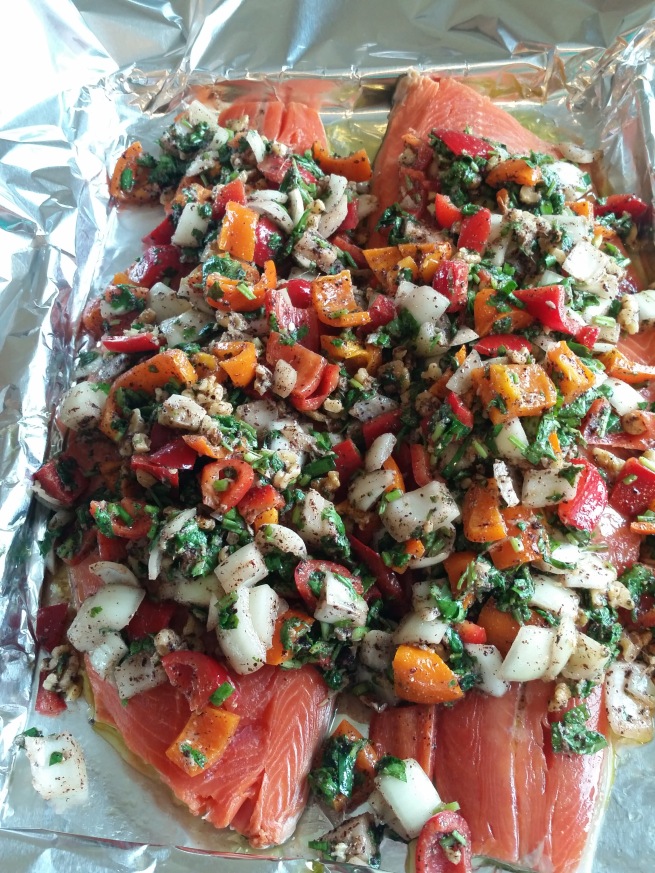 Once you mix all the ingredients together, pretty much like a salad, you top the fillets or stuff the whole fish with it.

Then bake until the fish and vegetables are cooked through and dig in! 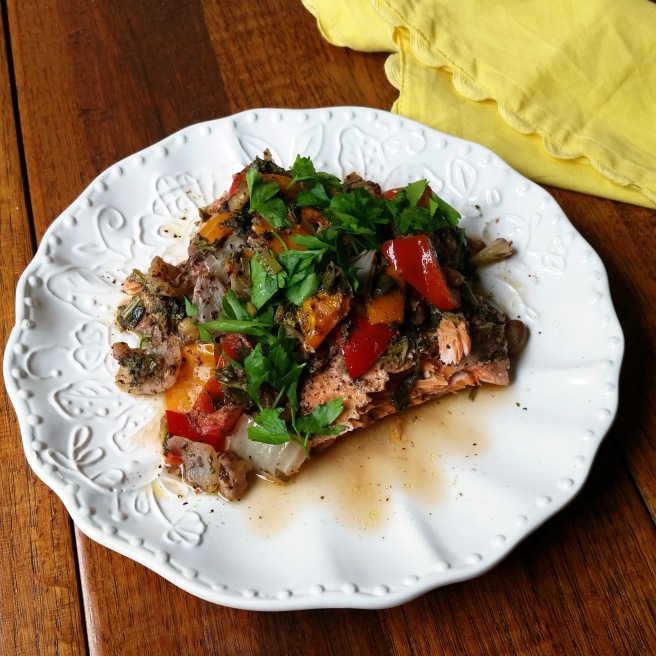